Sanctions Are the Most Effective Tool to Influence the Aggressor: The Draft Concept of State Sanctions Policy Has Been Approved 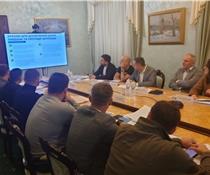 The concept will provide for a more systemic, weighted and strategic approach to the sanctions policy, in particular, in relation to persons involved in russia’s war against Ukraine and the creation of threats to national security.

The interdepartmental working group on the implementation of the state sanctions policy chaired by Yuliia Svyrydenko, First Vice Prime Minister – Minister of Economy of Ukraine, at the meeting on 9 September considered and approved the draft Concept of State Sanctions Policy.

“The draft Concept developed by our group provides for a more systemic, weighted and strategic approach to the formation and implementation of the sanctions policy,” said Yuliia Svyrydenko. “Sanctions are a very powerful tool. If used correctly, it gives exactly the results expected. Until now, Ukraine’s sanctions policy was based mainly on prompt response to challenges, which is also right and required. But sanctions can have a greater effect under the condition of a systemic approach through medium-term and long-term planning. Sanctions are a tool not only of response but also of prevention. This is the philosophy embedded in the Concept. In our opinion, sanctions should become the most important and effective tool of influence on foreign states, legal entities and natural persons involved in russia’s war against Ukraine, harming the national interests of Ukraine and posing a threat to the national security of our country.”

The draft Concept of the State Sanctions Policy will be submitted to the National Security and Defense Council of Ukraine for adoption of a decision on its approval, which will later be put into effect by the Decree of the President of Ukraine.

Let us remind that the Interdepartmental Working Group on Implementation of the State Sanctions Policy was created by the decision of the Cabinet of Ministers dated 30 August. Its members include representatives of different ministries, the President’s Office of Ukraine, the NSDC Staff, law enforcement, intelligence and other state bodies and departments.

Based on the group’s work results, the Government has already approved proposals for sanctions against Rosatom as well as its connected/affiliated natural persons and legal entities.